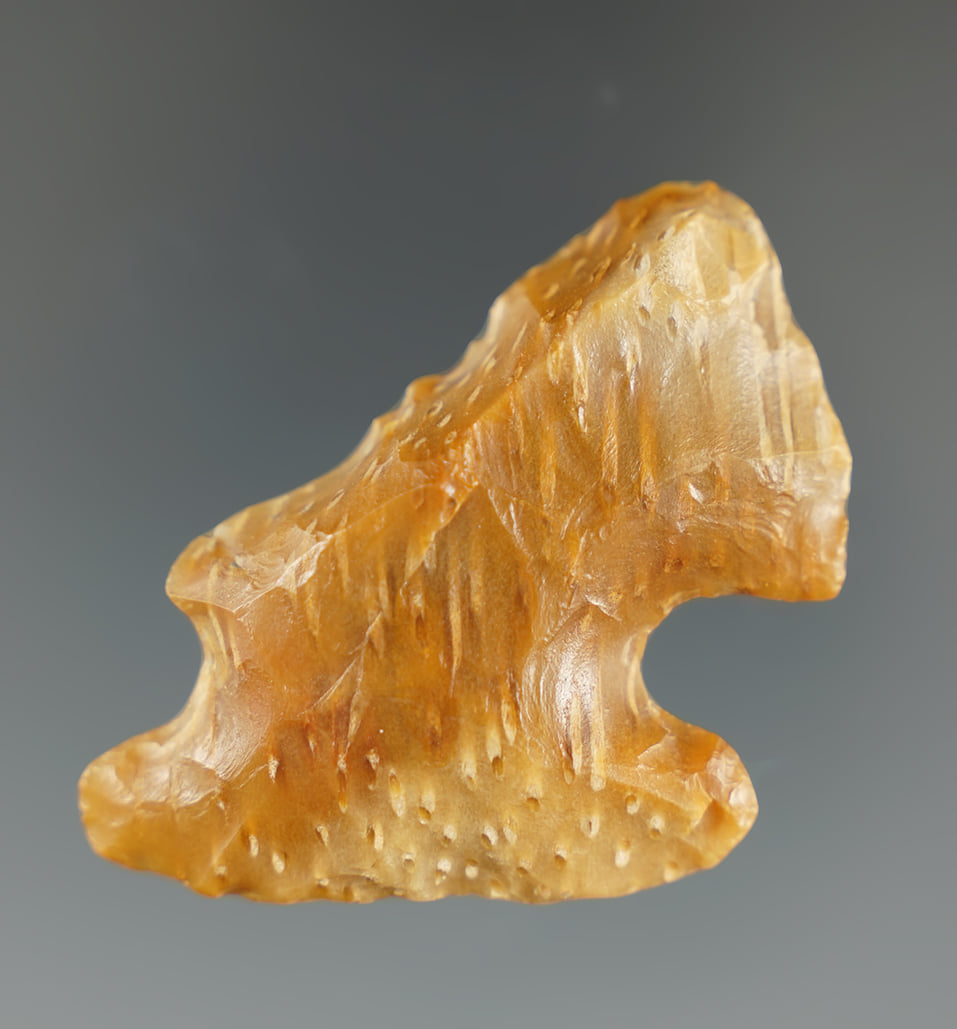 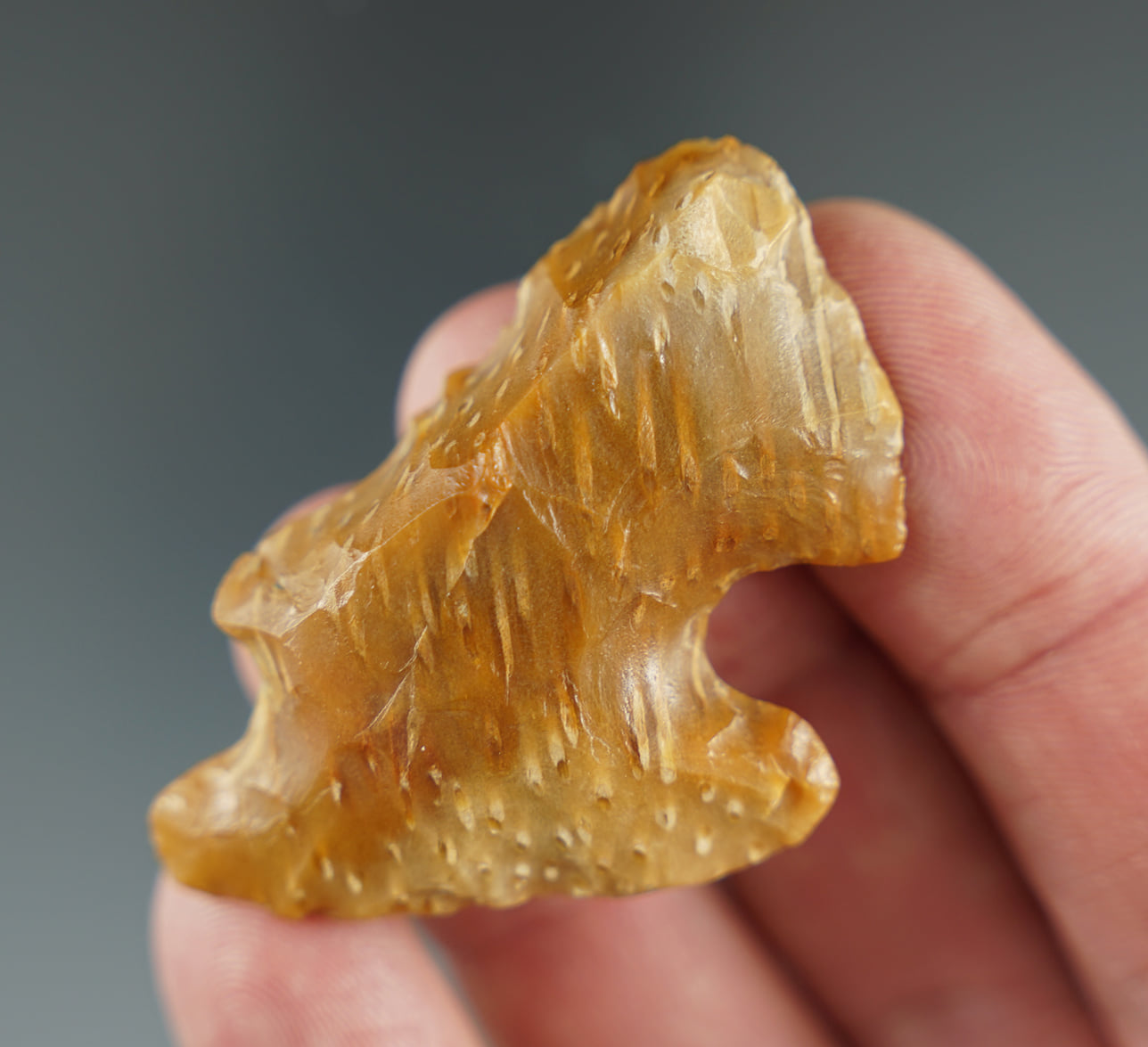 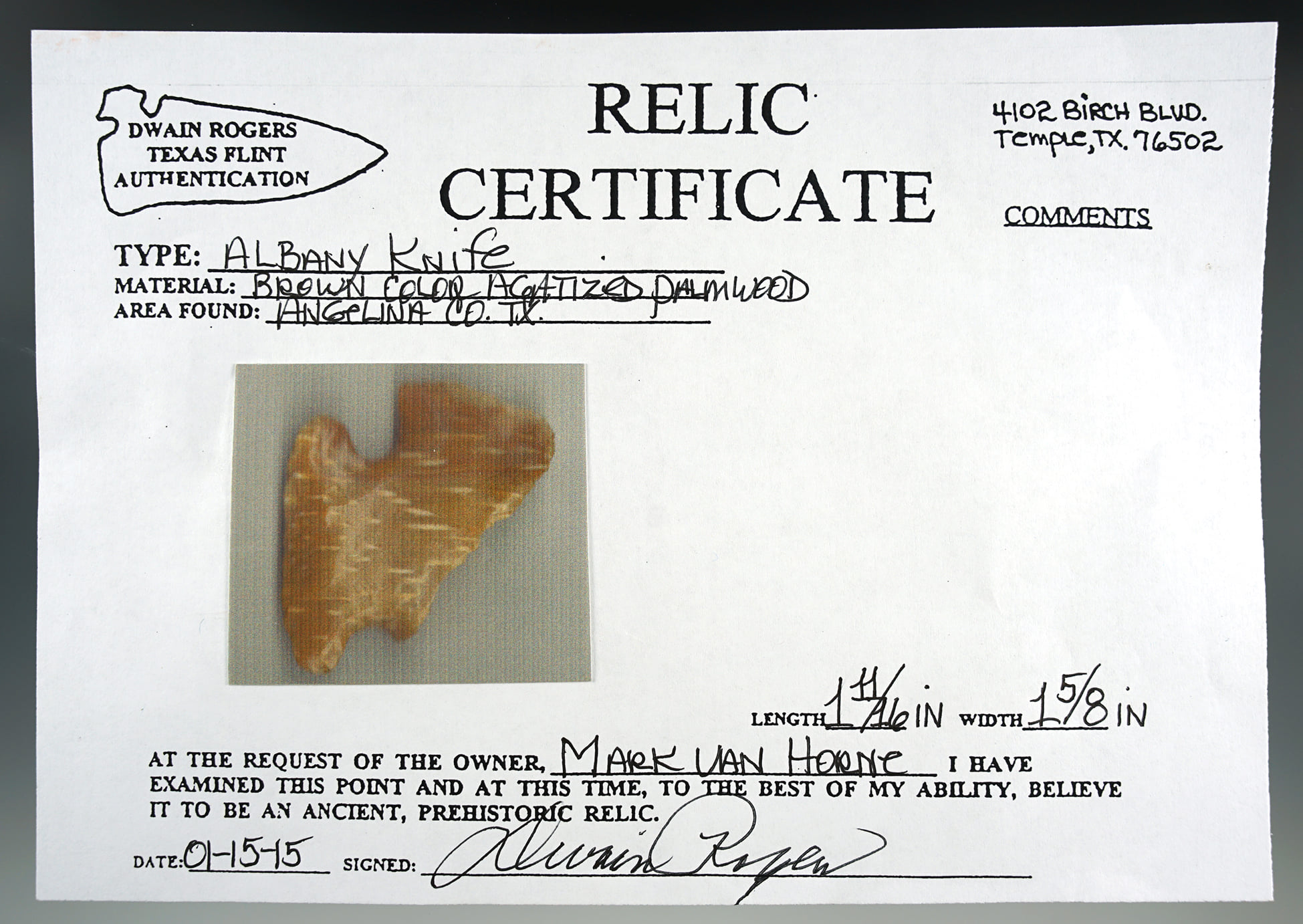 This style has always been one of my favorite lithic tool forms from the southern coastal area, but I have only seen a few examples come in with collections. This is an Albany Knife from Angelina Co., Texas made from Petrified Palmwood, which is an extinct genus of Palm tree which grew in ancient times along the coastal areas of Louisiana and Texas.  In other coastal states such as S. Carolina, Georgia and Florida, the same style knife is called an Edgefield Scraper. The Edgefield was named by James Mackie (1968) for a site in Edgefield Co., SC, while the Albany was named by Clarence Webb (1946) for examples found in N.W. Louisiana.

In my opinion, it is merely two different publishings (and names) for the same basic artifact, which happens from time to time. I do find it a very unique style, and I would imagine intentionally shaped for a specific purpose. I do love the quality appearance of Pet Palm! Have a great week all ~