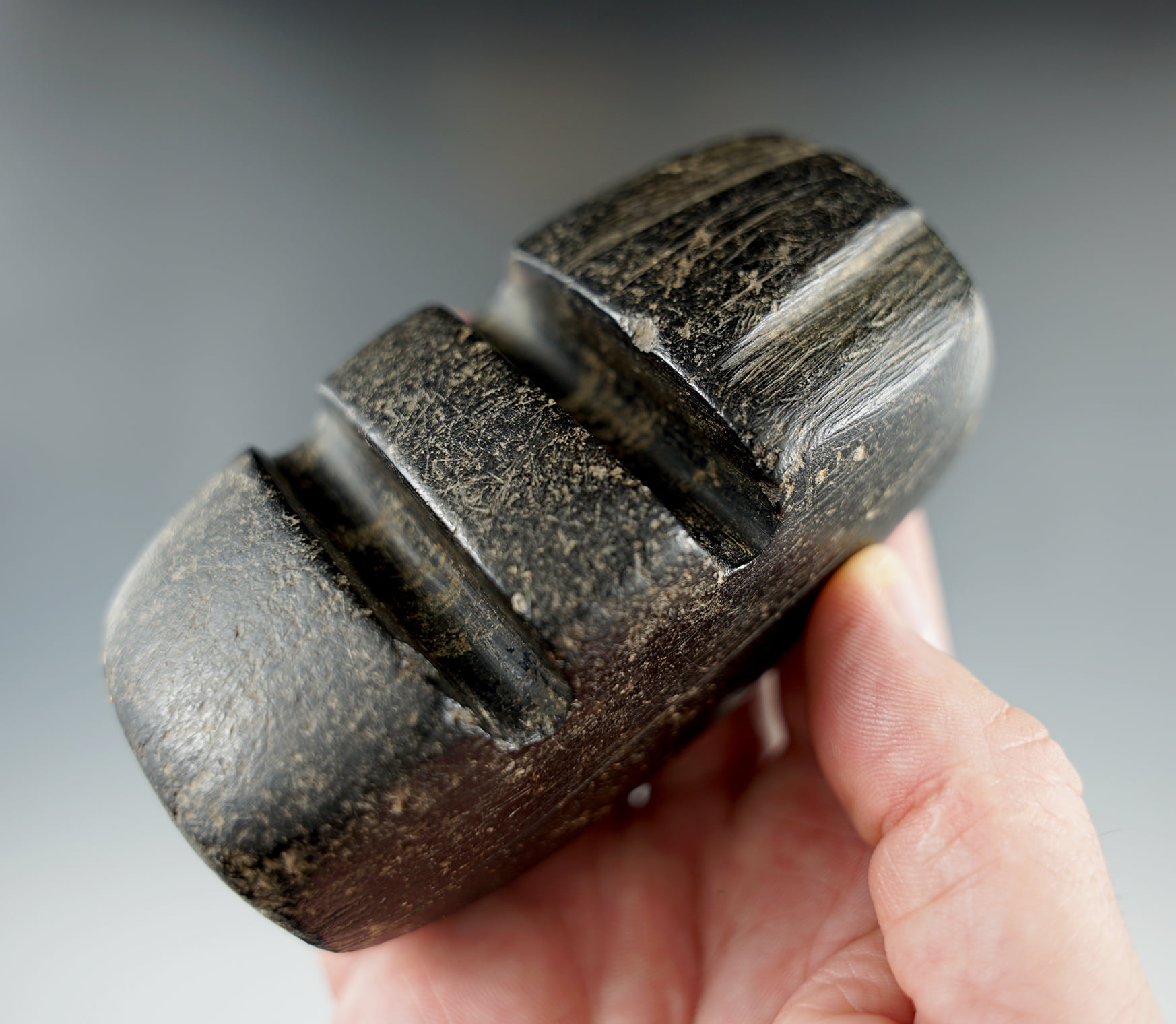 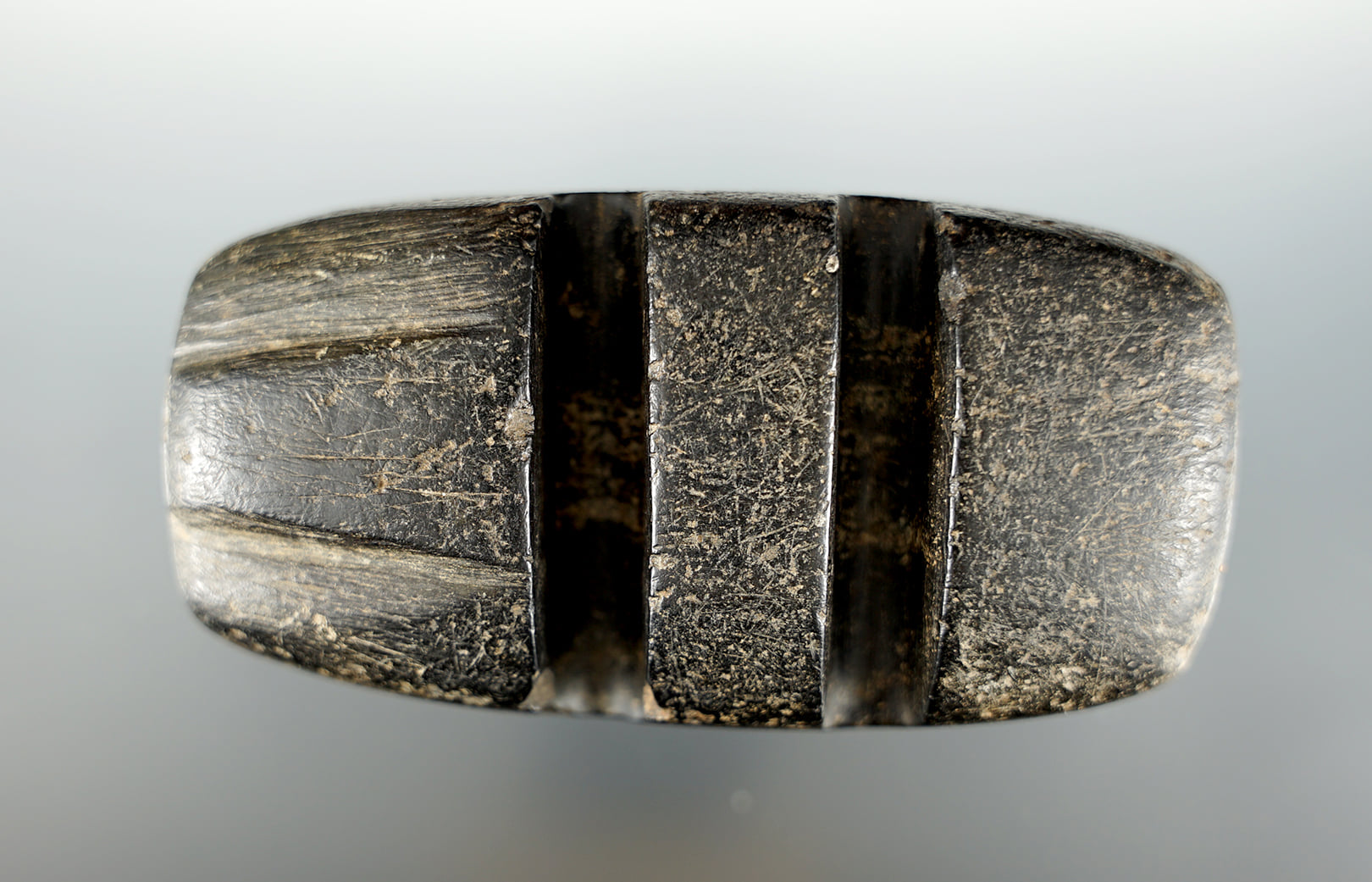 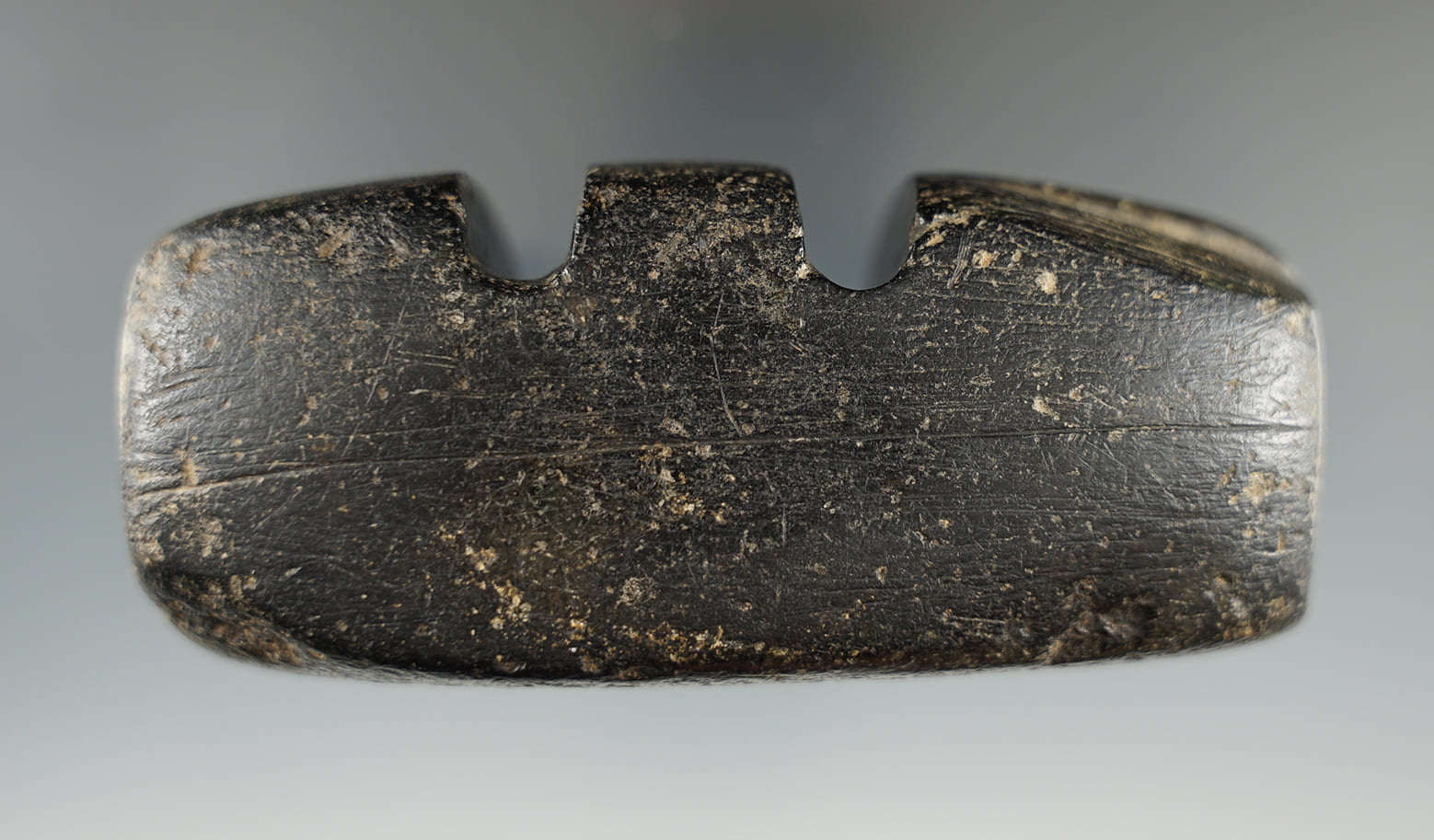 Several times a year I will get photos emailed to me asking what these are.  Since this was such a classic example (one of the nicest I have seen) it seemed like a good relic for this morning’s post.  These are called Arrow Shaft Straighteners or Arrow Shaft Polishers.  They were used for just that – to straighten or polish arrow shafts as part of the arrow manufacturing process.  They are most commonly found in the Southwest, i.e. Arizona and New Mexico, but different versions can be found in nearly every part of the country.

For some reason, the ones from the Southwest, like this one from Arizona shown here, can have some artistic detailing added, and are generally better shaped than those found in other areas.  This one is made from dense black Diorite, a favorite material for utilitarian implements from that region.  That’s my relic tidbit for today – have a great weekend all!