Found Together – But Why? 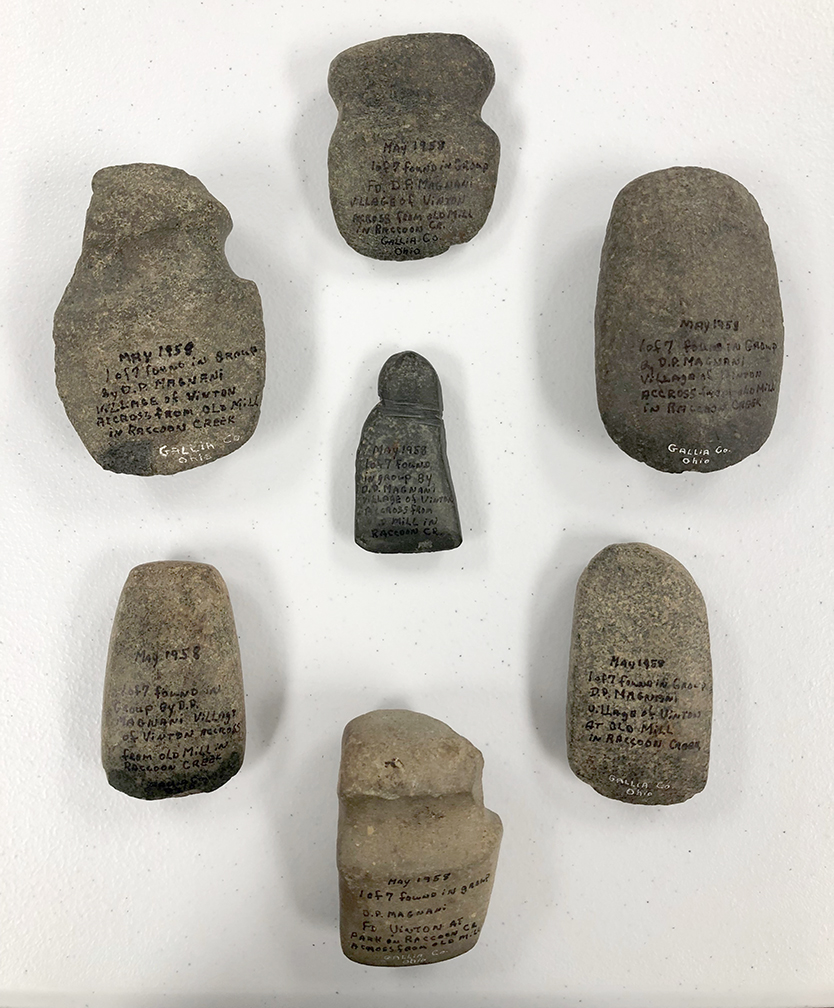 Too often I see artifacts labeled as being a “cache” because they were found “together”. However, the meaning of “together” often is relatively vague. A few inches apart? A few feet? Or just, from the same part of a field or creek? A true cache is a group of artifacts that were intentionally placed together in antiquity. Thus, if excavated together at the same strata in close proximity to one another indicating intentional placement, I think the term Cache can be applied with some degree of confidence. However, just because items were found close to each other in a small area, especially in surface finds, I do not feel they should be labeled as a cache.

An example of this situation is the group of 7 stone tools shown here. There were found by collector Don Magnani (a long-time customer of mine) in 1958 when he was 12 years old. In the letter Don sent me recently along with the relics, he states they were found in a 12 foot square area, embedded in clay sub soil and some in loose sand and gravel. Some would call this a cache – yet it is not. When you look at the styles of these chopping tools, you will see Archaic Full Grooved Axes as well as ¾ Grooved. The ungrooved Celts can be anywhere from Archaic to Mississippian. It is strongly believed 4/4 grooved predate the ¾ grooved style. So, it is unlikely these were placed together at one time by one person long ago as the manufacture styles indicate they were made at different times, possibly a thousand or more years apart. Thus, it is not a cache.

So why are groups of stone tools often found together? Keep in mind that ancient man, when traveling, would use small temporary camps along the way. It is believed that at these camps they would leave the heavier utilitarian stone tools that would be difficult to travel with. Then consider the fact that camp sites were selected for specific reasons. i.e., near a spring, out of the wind, by an easy crossing of a water way, etc. This is why many camp sites that have been excavated are usually multi-component sites, meaning they were used by groups of people from different cultural time periods. So the same camp site by a good spring may have been used for thousands of years. Thus, over the millennia, many different tools may have been abandoned or lost in a very small area.

Imagine you were around back when, and you and some of your clansmen were on a trip to quarry some flint a few days away. Come evening, you would stop at a camp. Before you left the next day, you would gather the axes and tools, and pile them against a tree so you could use them on the return trip. Or, possibly it was more communal, and they were left for others traveling the same trail. Time passes, the camp is abandoned for whatever reason. More time passes, the handles rot away, and the stone axe heads retreat into the earth. A few thousand years later, the ground gets worked and the cache of axes are once again exposed. All in a very small area.